The Cologne Academies 2017 started on Sunday evening, September 3rd. The participants of the 12th Cologne Academy on Business Negotiation and Mediation and the participants of the 15th Cologne Academy on International Commercial Arbitration attended the Welcome Reception at the seminar building at the University of Cologne. This was a great opportunity to meet all 63 participants from 16 countries, including for example people from Egypt, Canada, Puerto Rico, India, Dubai. Professor Dr. Klaus Peter Berger gave the opening speech. He even presented the legendary AX-100 Special Surveying Instrument, the item around which the parties’ dispute in the case study of the Academies revolves. 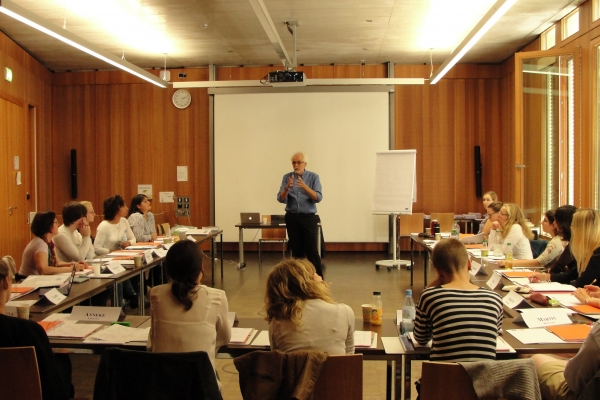 On the first day, our first workshop leader Ian Macduff gave an overview regarding negotiation techniques and shared his fascinating experience with us. The participants had the opportunity to develop strategic elements of negotiation during different group sessions and interactive group discussions. Moreover, he introduced us to the case study and we watched video clips of a negotiation. These video clips were very helpful as they visualized and underlined the problems of the case. In the further course of the day the participants analyzed why the negotiation between the two parties had failed. Thereby the participants examined principles of negotiation. In the evening, we went on a guided city tour through Cologne together with the participants of the Arbitration Academy. An interesting and eventful first day at the Academy ended with a traditional Kölsch at a well-known Cologne brewery. 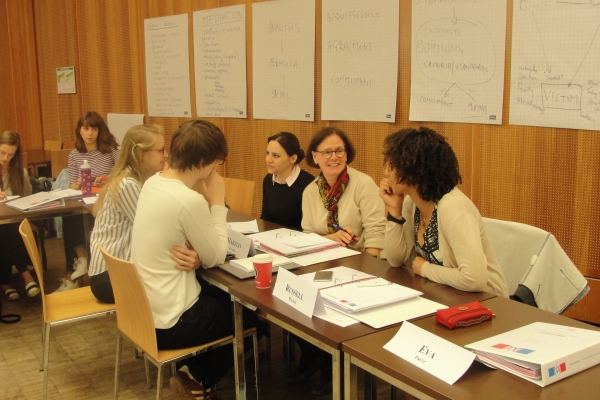 On Tuesday, we turned our attention to the mediation process, since the negotiation between the two parties of our case study had failed. After establishing the main characteristics of mediation and the advantages it has compared to a non-assisted negotiation, we focused on the first stage of any mediation: the opening. This phase mainly consists of the opening statement of the mediator and the parties involved. The opening statements can be decisive to set the tone in which the mediation will be conducted and its likely success. This is also where the mediator’s competence starts to play a prominent and decisive role towards finding a positive outcome. To develop such competence, we took both a theoretical and practical approach with our workshop leader Ian Macduff. This allowed us to acquire skills in an interactive way. After this academically loaded day, we had the opportunity to relax on a river cruise on the Rhine, while enjoying the view of the beautiful city of Cologne. 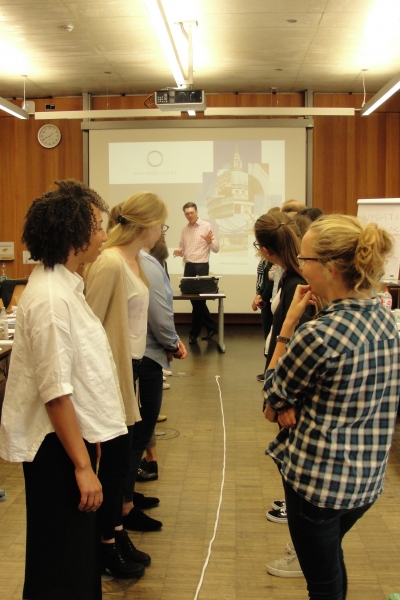 On Wednesday, Guy Hollingworth, who is a barrister and mediator from London, joined our class. As a practitioner he was able to provide us with further knowledge of the mediation process and a deeper understanding of what it is like to work as a mediator in commercial cases. It was very interesting to see the slight differences in his techniques in comparison to the ones Ian Macduff had taught us. By analyzing a video of a simulated mediation and asking questions he built up a great atmosphere in class. We also looked at the mediator’s role in a critical way - every question was thoroughly answered.

On the last day of the Academy on Business Negotiation and Mediation, we had the pleasure of listening to the Co-Founder of the Academies, Professor Dr. Klaus Peter Berger. We were introduced to the final steps of mediation, namely drafting the settlement terms and how to commit parties to those terms. One of the tasks was a brainstorming session on what we, based on our knowledge so far, would include into a settlement agreement. However, even though the parties were satisfied with the outcome of the mediation, a final dilemma lead to the ultimate failure of this mediation procedure. An outlook of what happens next was given in the following joint session of both Academies, presenting the complete toolbox of Alternative Dispute Resolution.

In conclusion, the Cologne Academy on Business Negotiation and Mediation exceeded our expectations. We not only got the chance to learn from highly qualified international practitioners, but also from our culturally diverse classmates. Therefore, we can only recommend participating in this insightful program.