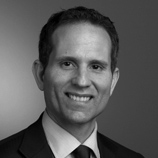 Steven Finizio is a partner at WilmerHale LLP and has been based in the firm’s London office since 2000. His practice focuses on international arbitration and dispute resolution, particularly with regard to complex commercial and regulatory disputes.

Mr. Finizio has advised clients regarding disputes under the rules of most of the leading international arbitration institutions, and in ad hoc international arbitration proceedings, governed by the laws of jurisdictions in Europe, Asia, Africa, and the US. He regularly advises on the drafting of dispute resolution clauses and on jurisdictional issues. His pro bono work has included assisting a Central European government in drafting and implementing new arbitration legislation. Mr. Finizio also serves as an arbitrator.