The international group of participants – 61 people from 18 different countries from all over the world – first met at the Welcome Reception held on Sunday evening. After a welcome speech by Professor Berger, the participants had time to get to know each other over finger food and drinks. 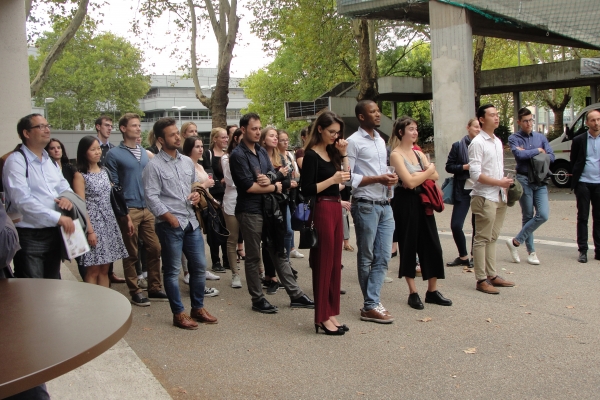 For the 43 participants of the Arbitration course, classes started on Monday morning.

Professor Berger, head of the Cologne Academies, began the day’s course with an introduction to arbitration. The participants, who came from different backgrounds and had varying degrees of knowledge and experience of arbitration, greatly welcomed this introduction, especially those new to the subject. In the first lecture, Professor Berger presented the case which all the practical tasks and role-playing sessions in the next four days would be based on. Afterwards, Professor Berger and Chun-Kyung Paulus Suh, the German Arbitration Institute (DIS) counsel, explained the general rules of arbitration proceedings. Mr. Suh gave an enlightening presentation about the DIS’s procedure and rules. 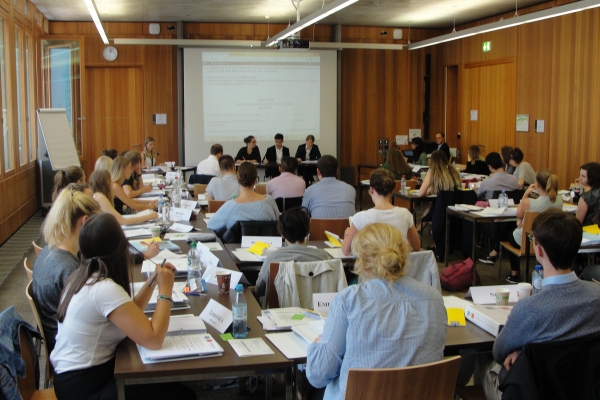 After lunch in the university cafeteria, Professor Berger was joined by Stefan Hoffmann, partner at Watson Farley & Williams in Hamburg. Together, they shared insights about case management, case analysis and strategies. The group was then divided into two teams – one representing the claimant and the other one representing the respondent. After a period of group work,  plenary sessions were conducted.

The workshop leaders assisted us participants throughout the group work and gave feedback after the plenary session – a fantastic opportunity for the participants to interact with experienced arbitrators and to receive professional advice. 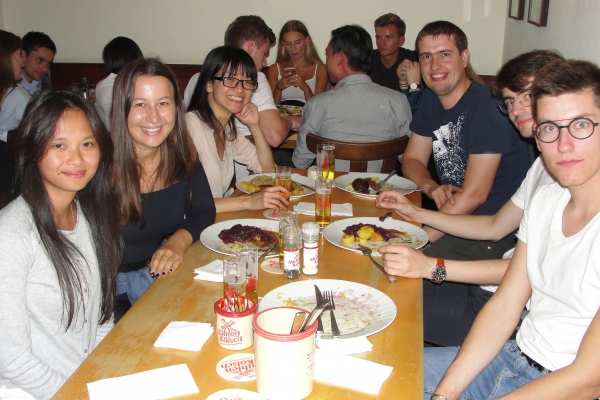 The first day of the Academy was followed by a guided tour through the city of Cologne and concluded with dinner in a typical brewhouse, the “Malzmühle”.

On Tuesday, the workshops were again well balanced between theory and practical application: Professor Berger and Oliver Marsden, principal associate at Freshfields, tackled the issue of oral pleadings. In order for each participant to improve their own abilities, the group was divided into claimants and respondents once again to discuss. Personally, I particularly enjoyed the mock hearings, where participants could deliver their opening statements. During and after the mock hearings, the workshop leaders provided very  helpful feedback and suggestions for improvement to the pleaders. 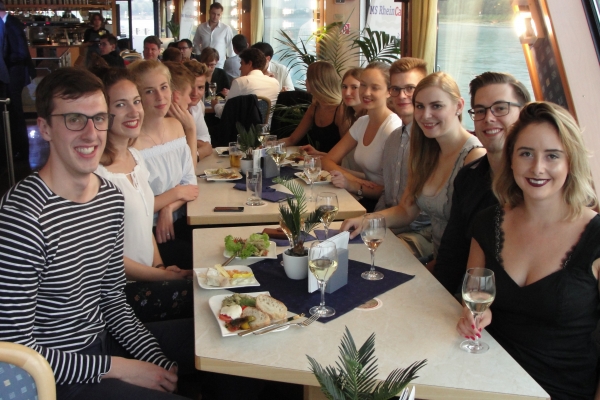 That evening a highlight of the Academy took place: a boat trip on the river Rhine, where the participants – students and practitioners from diverse backgrounds – enjoyed delicious food and had an amazing time with a beautiful view of Cologne while getting to know each other better.

On Wednesday, Professor Berger and Duncan Speller, partner at Wilmer Hale, introduced the group to the taking of evidence in international arbitration proceedings, as well as giving numerous tips and tricks for the successful analysis and processing of evidence. Subsequently, some participants had the opportunity to take part in a cross-examination. This cross-examination was especially exciting for us as Professor Berger himself played the witnesses. 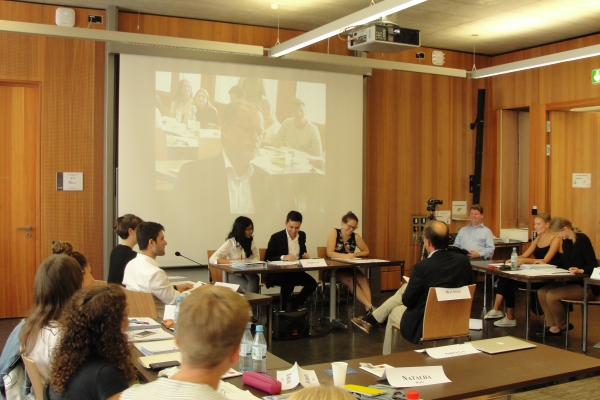 On the last day of the 16th Cologne Arbitration Academy, we had the pleasure of hearing a talk by CMS Hasche Sigle partner Dr. Torsten Lörcher about procedural orders and awards in arbitration. This gave us the chance to get to know the last steps of an arbitration and to learn how arbitrators come to their final decisions. Afterwards we met up with the Mediation group in a large joint session, where Professor Berger explained the interesting differences and similarities in Arbitration and Mediation. In the end, Professor Berger ended the session of the Cologne Academies by handing out our certificates to the proud participants.

This week was an amazing time – we had the chance to get to know a lot of interesting people from around the world, to learn much about the international side of the law and even to directly apply our knowledge in the interactive sessions.