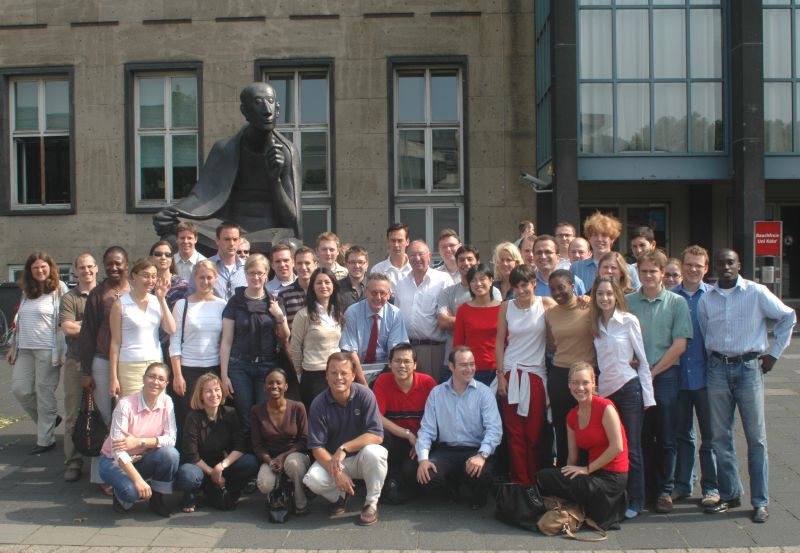 The Center for Transnational Law of the University of Cologne, in cooperation with the German Institution of Arbitration (DIS), held its third Summer Academy on International Commercial Arbitration from August 29th to September 1st 2005, under the guidance and inspiration of Prof. Dr. Klaus Peter Berger, LL.M. 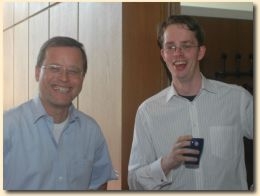 The Summer Academy enables students and young arbitration practitioners to enter the case of Alpine Laseroptic Technologies (ALT) vs. Nederlands Transcontinental N.V. (NedTrans) and (inter)act in the actual procedure of an International Commercial Arbitration under the DIS Rules of Arbitration.

The case is also subject of "Private Dispute Resolution Interactive" a casebook by Klaus Peter Berger. It contains a DVD edited by Stefan Georg Hoffmann showing the actual procedure with renowned arbitrators. Some of them even teach at the Summer Academy. 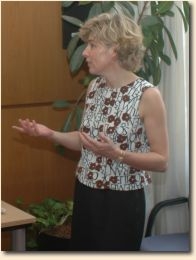 Every day of the Summer Academy had its dedicated workshop leaders. The academy started with a general introduction to arbitration and a brief review of the facts and figures of the ALT vs. NedTrans case by Prof. Dr. Klaus Peter Berger. The DIS and its rules of arbitration were addressed under the auspices of Mrs. Isabel Mulder, Deputy Secretary General of the DIS. The first day was wrapped up by Stefan Georg Hoffmann who provided an insight into case analysis techniques.

The value of the Academy is its emphasis on raising questions in order to create discussion and insight, although Prof. Berger held a strong hand on timing. 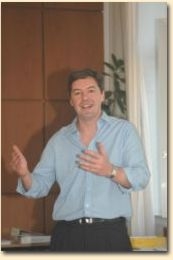 The second day revealed why - right from the start of the academy - the group of participants was divided into a group of claimants and respondents. Both teams brought the ALT vs. NedTrans case to life. After Dr. Brian King, Head of Litigation of Freshfields Bruckhaus Deringer in Amsterdam and workshop leader of the second day, explained the practical aspects of oral pleadings in international arbitration, volunteers from both groups were invited to hold pleadings on different subjects such as jurisdiction and the merits before an actual tribunal. Dr. Brian King then, based on his vast experience as litigator, commented on the strengths and weaknesses, do"s and don"ts in pleadings before arbitral tribunals. All subsessions were closed by showing the DVD of the casebook. 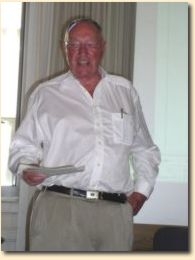 The third day - under the lead of Prof. Martin Hunter, Barrister at London and Professor of International Dispute Resolution at the Nottingham Law School - addressed the subject of witness evidence under common law / civil law. This was followed by the actual examination and cross-examination of the witnesses by the participants. The day ended with a profound discussion on this stage of the arbitration, lectures on the challenge of arbitrators, documentary evidence and the request for expert testimony. 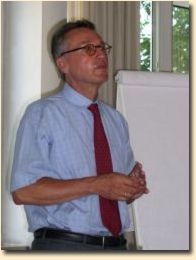 Hilmar Raeschke-Kessler, Attorney admitted to the Bar of the German Federal Supreme Court, and Mrs. Isabel Mulder of the DIS were in charge of the last day. The participants had the opportunity to go into issues such as the tasks of the tribunal after the closing of the hearings and the making of procedural orders, interim awards, partial awards and final awards. The academy ended with a lecture on the setting aside or enforcement of awards. 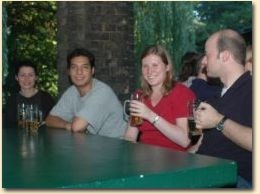 The merits of the Summer Academy are, in addition to excellent organization, the strong material to work with - which gives a broad platform for discussion during groupwork sessions - and the very high level of interaction which really makes the claimants and respondents group to act as counsel for their respective clients not only in the Senate room of the University where the Academy takes place, but also in the beer garden enjoying a pint of "Kölsch" during the evening program. 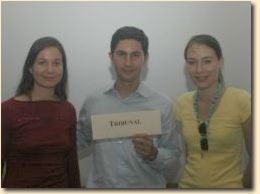 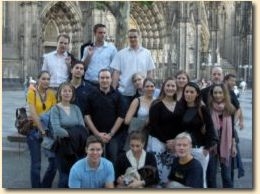 The Summer Academy attracts a very international group of participants. This time they came from over 15 countries (from Belgium as far as Malaysia). The Summer Academy of Prof. Klaus Peter Berger is on its way to become a renowned milestone in the formation of International Arbitration practitioners. It should be highly recommended to all young arbitration practitioners. Let"s make it a bumper sticker.